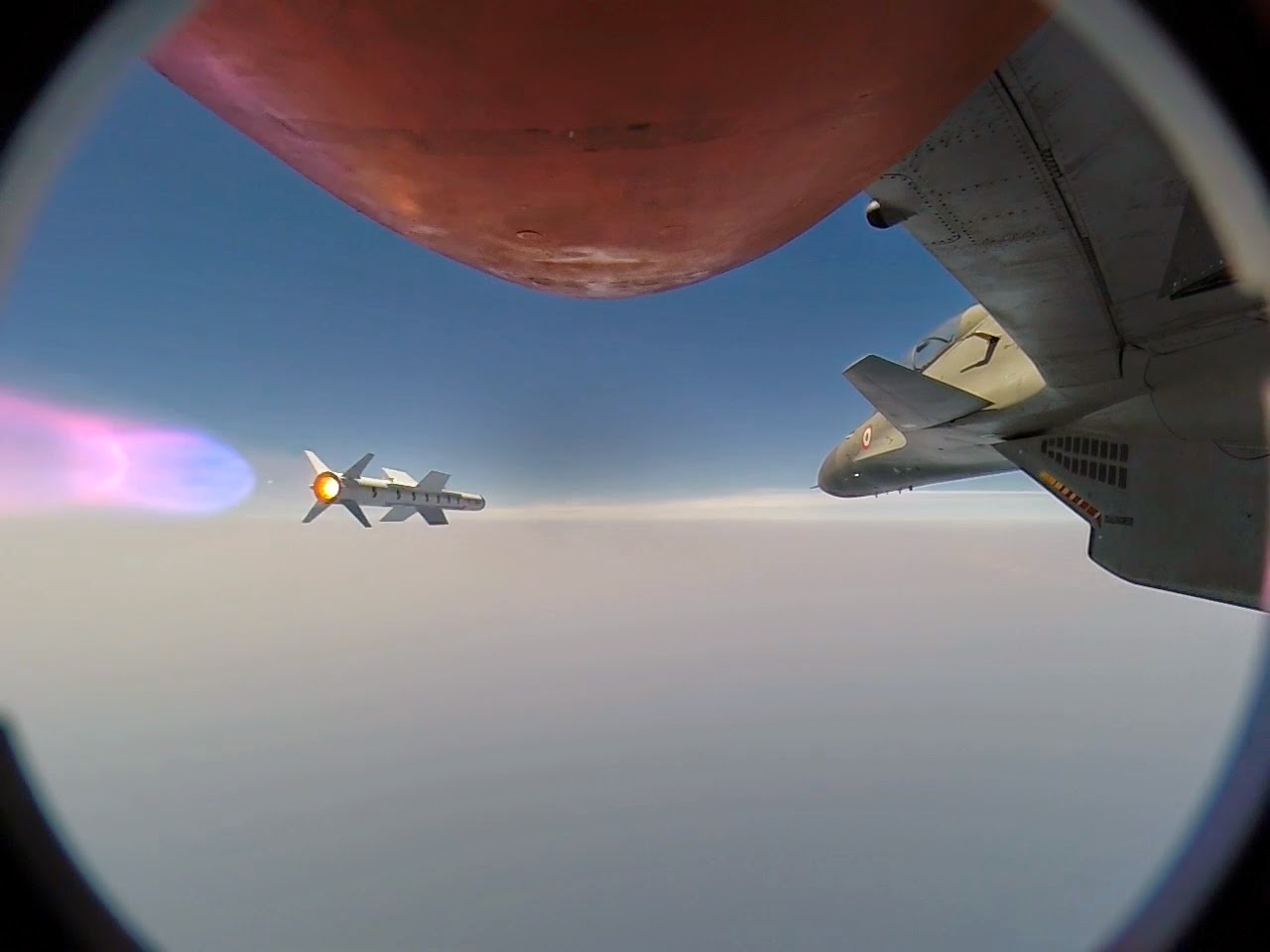 India’s first indigenously developed Beyond Visual Range (BVR) Air-to-Air missile “ASTRA was successfully test fired by the Indian Air Force on May 04, 2014 from a Naval range in the western sector meeting all the mission objectives. The air-launch was captured by side and forward looking high speed cameras and the separation was exactly as per the simulation. ASTRA is India’s first BVR Air-to-Air Missile indigenously designed and developed by DRDO, possessing  high Single Shot Kill Probability (SSKP) making it highly reliable. Astra is an all aspect, all weather missile with active Radar terminal guidance, excellent ECCM features, smokeless propulsion and process improved effectiveness in multi-target scenario making it a highly advanced, state-of the-art missile. 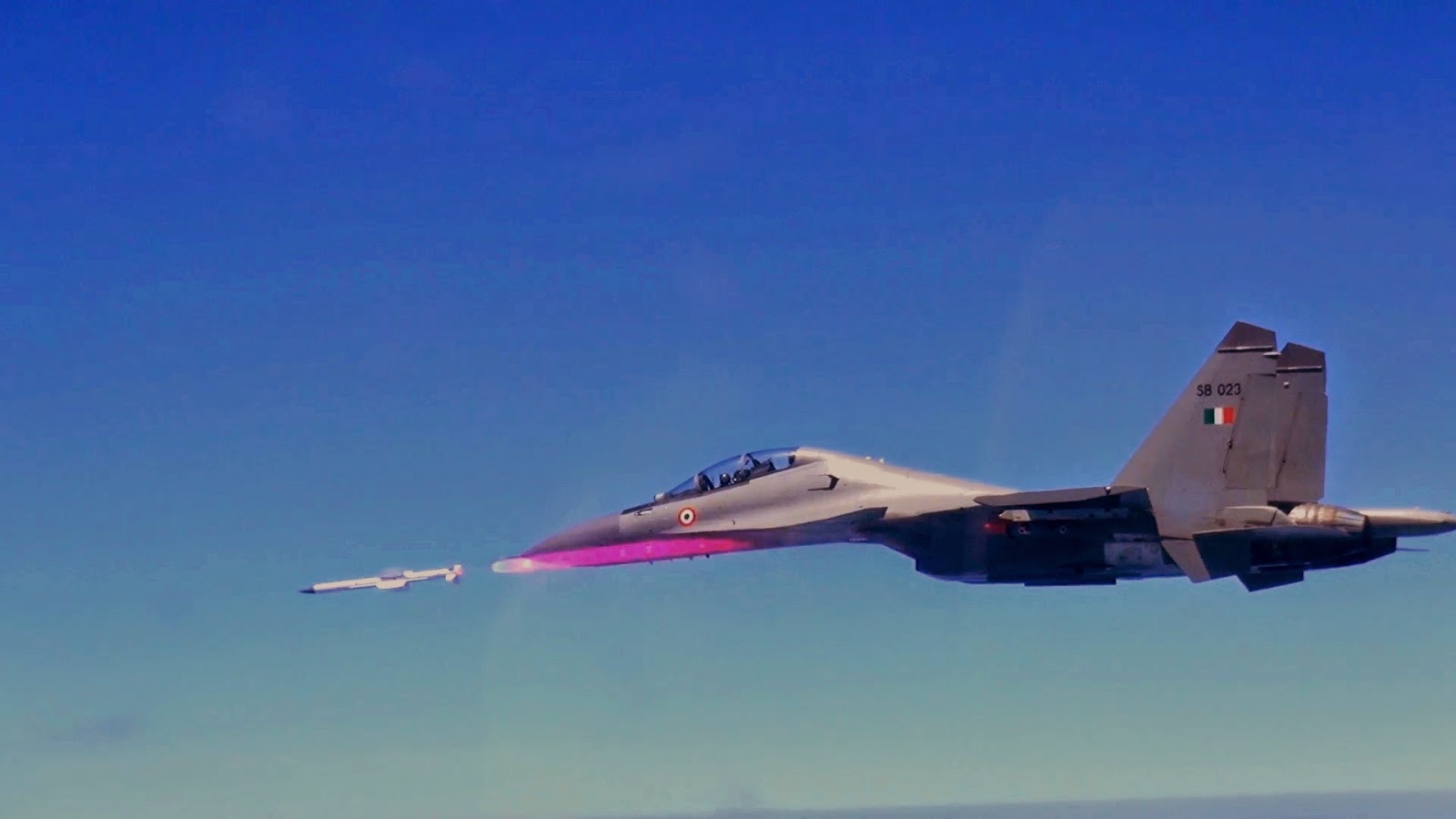 The Scientific Advisor to Raksha Mantri, Secretary Deptt of Defence R&D and DG, DRDO, Shri  Avinash Chander congratulating the team for their high competence and tenacity to make such an event happen seamlessly said “Astra's successful launch from the Su30 combat aircraft is a major step in missile aircraft integration. Extensive flight testing that has preceded today’s air launch was indeed a joint effort of DRDO and IAF. This will be followed by launch against actual target shortly. Many more trials are planned and will be conducted to clear the launch envelope. Weapon integration with ‘Tejas’ Light Combat Aircraft will also be done in the near future.”
Dr. V.G. Sekaran, Director General (MSS) who chaired the Flight Readiness Review Committee along with Shri. S Som, Director, DRDL, Shri. P Venugopalan, former Director, DRDL among others, said “This is one of the proud moments for DRDO and the entire country.” Dr. K Tamilmani, Director General (Aeronautics) who has overlooked the entire flight safety in the program said that quality of integration and performance is of high standards and there was no doubt in the success of the launch. He further added that this is the beginning of the phase for demonstration of launch over a wide air-launch envelope. The Project Director Dr. S. Venugopal said that “the Air Launch of ASTRA was perfect in all respect and is a culmination of years of effort by a very dedicated and competent team of the Missile Complex, Hyderabad, CEMILAC and Indian Air Force. HAL carried out the modification in Su-30 along with IAF specialists, and many Indian industries have an important and enabling role in the production of reliable avionics, propulsion system, materials, airframe and software passing stringent airworthiness requirements for the missile.” The missiles have undergone rigorous testing on Su30 in the captive mode for avionics integration and Seeker evaluation in 2013. The project has thus reached the final stage of testing and evaluation, and the Mk-II variant with higher range capability is also planned to be tested by the end of 2014
Posted by Nitin A. Gokhale at 8:04 PM