On 24 May 2018, India's most decorated and perhaps the most under-rated soldier, Lt Gen ZC 'Zoru' Bakshi passed away, largely unnoticed and unmourned. In 2015, while writing a book on the 1965 war, I had an occasion to meet someone who had seen then Brig Zoru Bakshi in action during one of his many legendary military exploits: the capture of Haji Pir pass. Here's an excerpt from that chapter. My small tribute to one of India's greatest military leaders.

Extracted from 1965: Turning the Tide

Haji Pir: Taking the battle to the Enemy

In April 2013, military aficionados gathered at London’s National Army Museum and voted the twin battles of Kohima and Imphal between the British Indian Army and the Japanese Imperial Army during April-July 1944 as Great Britain’s ‘greatest battle’ ever fought  beating Waterloo and Normandy—two other decisive victories in war for Britain—to second and third place respectively. The voting was done by a select audience of military enthusiasts and not ordinary citizens. To that extent, it is subjective. But if the greatness of a battle is judged by its political, cultural and social impact, as much as its military impact then Imphal and Kohima were really significant for a number of reasons, not least that they showed that the Japanese were not invincible and that that they could be beaten, and beaten well. The battles of Imphal and Kohima saw the British and Indian forces, under the overall command of Lieutenant-General William Slim, repel the Japanese invasion of India and helped turned the tide of the war in the Far East.

India has fought four major wars (1947-48, 1962, 1965 and 1971), and a local conflict in Kargil (1999) since its independence. Many heroic acts and decisive moments in the glorious history of valour, sacrifice and team spirit displayed by Indian soldiers come to mind but if there is one battle that can truly be called a turning point in the overall context of a war, the vote should go to the conquest of the Haji Pir bulge under Operation Bakshi in August 1965. An important area for infiltration into Kashmir Valley and Rajouri/Poonch areas, Haji Pir Pass is located on the Pir Panjal Range at 2637 meters or 8600 ft on the road between Uri with Poonch.

As Lt Gen Harbakhsh Singh, who was Western Army Commander in the 1965 war noted: “Pak did exploit the peculiar configuration of the Cease Fire Line in the Haji Pir bulge, for launching the main influx of her infiltration campaign into the Valley. In addition to using this area for entry routes, huge stocks of arms equipment and supplies had been built up at several places in the Bulge for speedy administrative support of the various raider groups. The Haji Pir Operation was…intended to knock the logistic bottom out of the infiltration campaign as also to plug the entry routes of the raiders…” 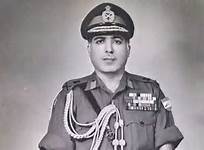