Some might call it tokenism but for the first time after 1992, two Indian aircraft carriers are operating in tandem.

As INS Vikramaditya, acquired from Russia in November entered the Indian Navy’s area of operation in north western Arabian Sea, it had for the first time, the older and smaller aircraft carrier, INS Viraat along side it.

Viraat and other ships of the Western Fleet which had sailed from their base in Mumbai. RVed--rendezvoused in naval parlance--with Vikramaditya on Saturday.

INS Vikramaditya, which was commissioned into the Indian Navy on November 16 last at the Sevmash shipyard in North Russia' Severodvinsk, is now headed for its home port at Karwar in Karnataka where it is scheduled to reach in a week’s time.

Throughout its long journey INS Vikramaditya has been accompanied by INS Trikand, a Talwar class frigate, INS Delhi a Delhi class destroyer and INS Deepak, the fleet tanker. 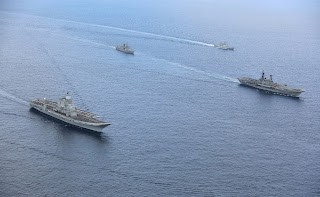 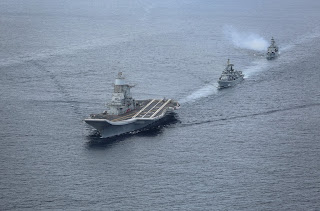 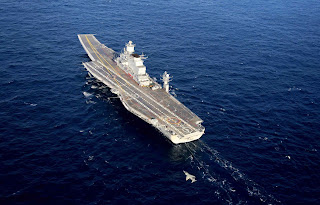 After reaching Karwar some time next week, the aircraft carrier is expected to begin its weapons and air fleet integration. The air wing consists of  30 Mig 29K aircraft and six Kamov helicopters. 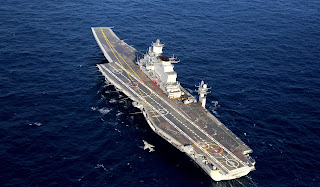 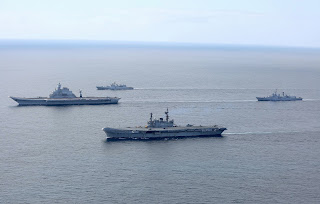 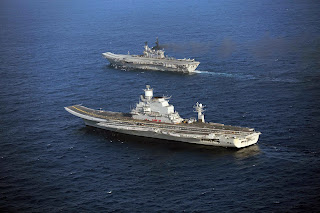 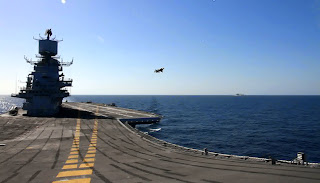 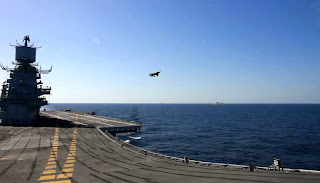 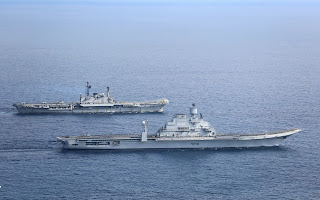 ALL PHOTOS: INDIAN NAVY
Posted by Nitin A. Gokhale at 11:44 AM